My feeling is we have to let the last bull blow his wad which will push the SPX to about 1200 before all the long plays are all in. But once weakness beginnings to show it's hand the, cascade will begin 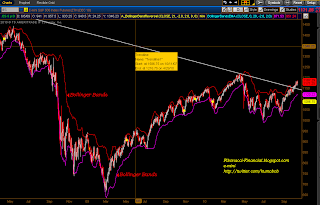 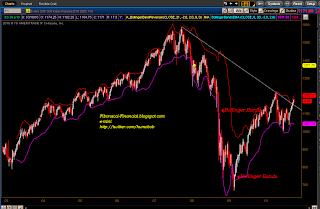 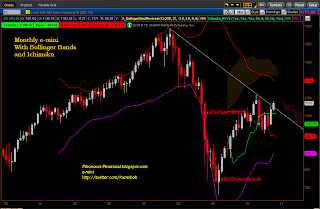 It's been awhile since I've shown the Kagi and Renko charts.
This chart also shows the Ichimoku Kumo. Looks like 1120 will be a support.
The Kagi charts are showing 1167 - 1171 as support, and the stochastic appears to be overbought 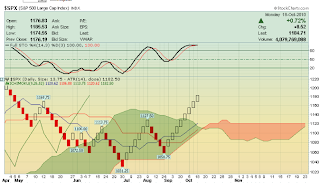 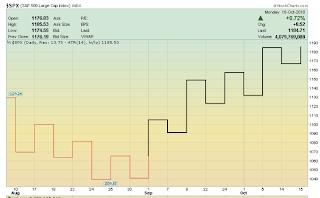 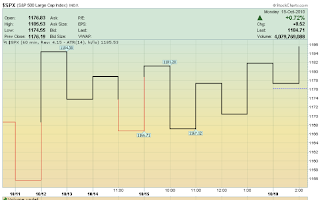 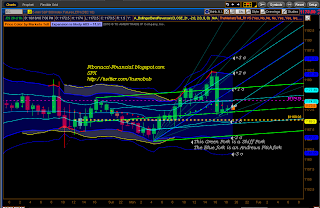 Two and a half hours after the close the e-mini is down off the +2 σ (+2.0 Sigma or +2 Standard Deviations from the 20MA).
Currently between the 20MA and the -1 σ. The light gray area is the Keltner Channel engulfing the Bollinger Bands. This is referred to as a Squeeze, and as predicted, there was a volatile and forceful move which terminated with a swing towards μ after breaking the +2 σ as is often the case. It is not unusual for price to continue all the way to -2 σ. 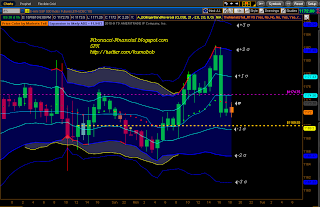 This next chart was posted on Sunday. It shows my prediction. 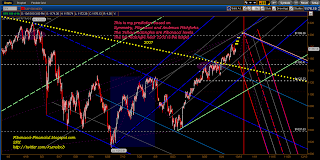 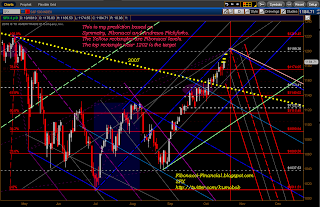 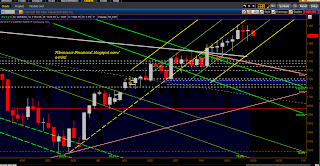 Posted by Robert Campbell at 23:49