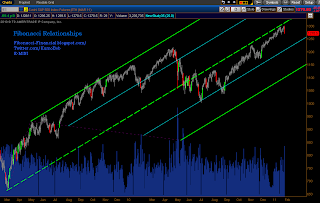 Here's the Hourly and Daily MESA.
(Maximum Entropy Spectral Analysis)
I've made the limit lines cyan for Cycling and Yellow for Trending 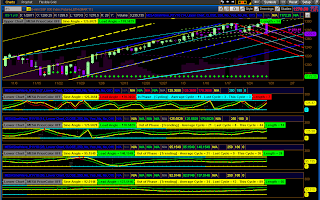 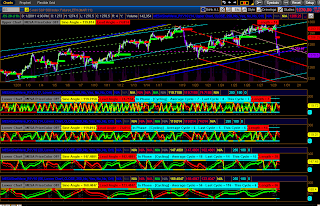 
I expect Price to remain inside this rectangle until it either drops below the handle of the White 3d degree fork,
or breaks out of the Blue fork in which case my target will be 1309.
By 3d degree, I mean there are two other larger upward forks currently drawn.
As you can see by the wider views presented earlier, today's move pales in the face of the entire move since Mar 09. 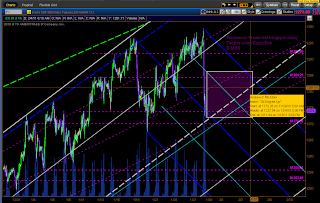 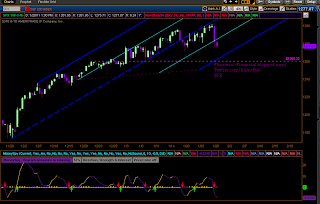 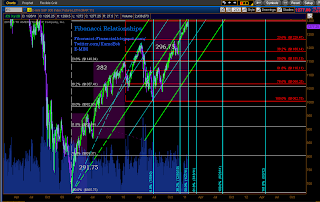 Sometimes I feel like Elliott Wave and Fibonacci ratios are little more than hunting for coincidences. But the relationships are often more than just interesting. The time ratio of the recent advances from July 2010 to Jan 2011 is 50% of the advance from March 2009 to April 2010 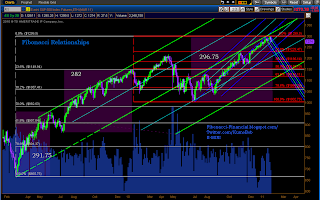 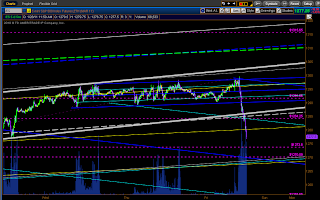 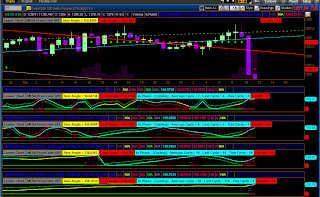 10:40 ET
Price is currently near the critical level I mentioned yesterday.
With further support just below, I would now use 1284.
My MESA  Sine study is now showing more indications of a reversal, but I'd like to see the 56 bar chart turn before jumping in.