Nice bottoming tail as mentioned earlier this morning. Consolidation is likely after what the market has been through recently. I'm looking for resistance at 1270 SPX and then 1295.
On the positive side, Price is above the 255 DMA again. (255 is the Yearly Average).
As I mention yesterday I think the damage has been done and while the 2009 trend line may be challenged, it does not appear that the Bulls will regain control.

The March Low (1241.75 S&P Futures) is currently where I would draw the bottom of the consolidation channel. We will get a better sense of where the top lays tomorrow, but it will probably be in the vicinity of 1290. . 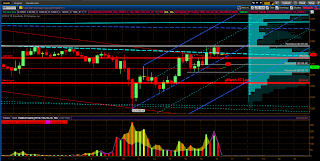 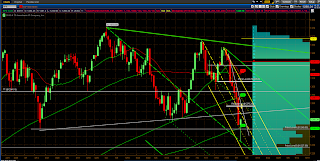 Bottoming tails and strong reversal of the internals appear to be signalling a short tern bottom. 1257 resistance will be the first hurdle. 1305 has been on my radar and if the market can find it's way up there I believe it will once again be come important, but the 2009 trend line will have to be challenged first. 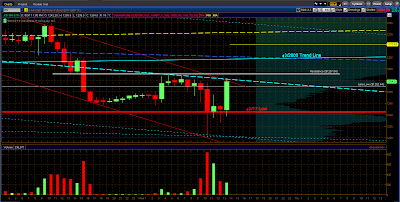 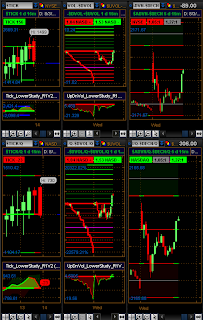 Posted by Robert Campbell at 10:54