But I just got a sell signal from a system I recently developed.  Take that for what it's worth, but I've been having very good results from the testing I've done.

Hope you guys who responded to my offer for the Value Area and Pivots are doing well.  We've seen some differences but you might agree my script plots some pretty significant levels.

Tuesday's High Wave was created by a Hammer and the Bullish pattern was confirmed today with a White Marubozu. 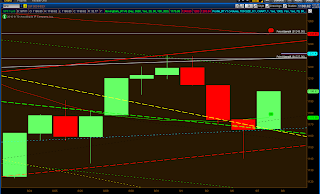 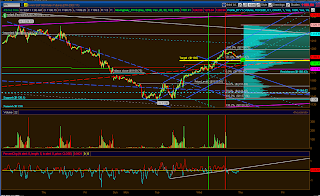 Posted by Robert Campbell at 18:39