1145
The Bulls will test the 1194.75 area from below, but if the Bears can push through 1185 they may hit the stops laying below 1181. From there price should accelerate to the down side

The Bulls lost their advantage at 1194.75 but if they manage to push higher again they will be met with resistance at 1200 and 1207, but I feel that the bias is down and doubt they will regain control.

The internals have been lack luster and today may just turn out to be a period of consolidation. 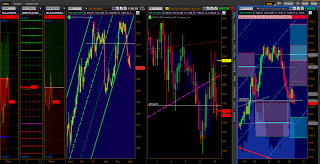 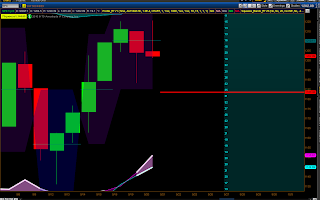 OK, it's not Wednesday just yet but I thought I'd get started with a new post. 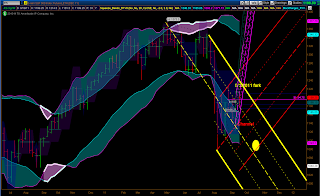 Above we see the Weekly with a Squeeze chart.
Does this look like it's anywhere close to a Squeeze?   I'd say no.
Do the forks look complete?    I'd say no.

I'm looking for a sell off to the 1070 - 1080 range and then a rebound.  The Daily chart below appears to be showing some pressure.  The question is which way will it break.

I'm in favor of down to complete both of these forks. 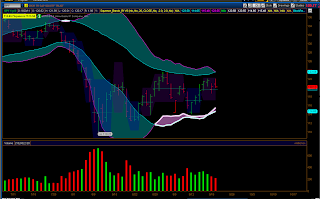 On the Daily chart there appears to be some pressure building.

Posted by Robert Campbell at 23:32