I don't know if you folks ever noticed that 1392 has been on my alert for a long time.  But just in case you missed it I'm saying that this is real close to where we will bounce.  Now if we break the upper fork we are going to 1490-1520.  If the 1392 area is violated and if it continues to look like it's falling apart then it is falling apart.  Why?  You have to be blind not to see that one. 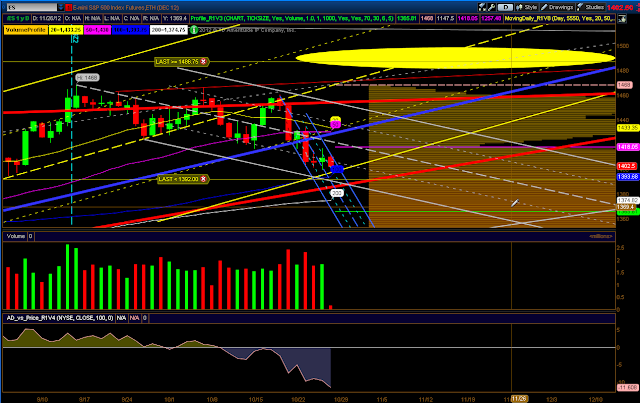 .
Why I do this I don't know but look at the forks.  See where everything is supported?  Yeah this is where we bounce.  BUT if it breaks through the F'n floor then it's all over. The Feds will not be able to pull the baby out of the water and the market will sink.

Look at the Relative AD.  Does that look like a winning scenario? I wrote the code for that and I think maybe two people have ever asked me for it.  They are the only two people I feel like sharing that with anymore.

So what do you think about Mel"s charts?  Do the institutions know what they are doing? 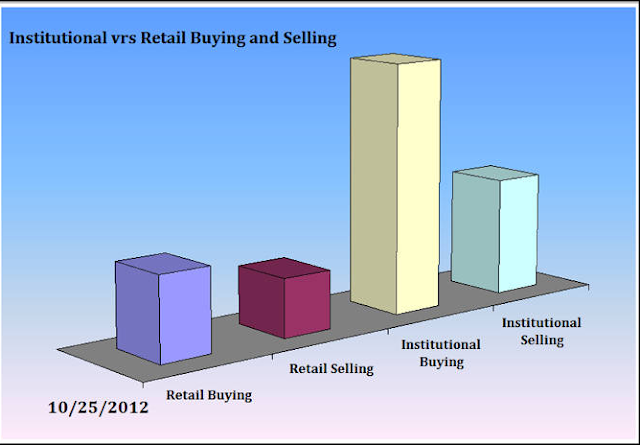 Thanks to BUDDIEBuddiee I have two more people I'm following on Twitter.  I've never known anything about astrology but  http://astrologyandthemarkets.blogspot.ca/ looks interesting and I also found https://twitter.com/61point8 to have a similar stance on the market.  They might be worth watching.

Posted by Robert Campbell at 19:44