After breaking out to new highs I had to stand aside.  These upward forks appears to be a given, and until broken the Bulls will rage on.  But the EW patterns suggest that the Bears will have their day, and it will not be pretty. 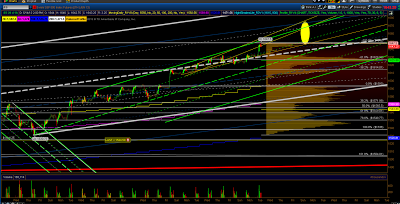 I expect we will find good support near 1600 +/- 10 handles.  If that area breaks we would most likely hit a lot of stops and that would signal that end of this Bull run.  At some point the market will begin an accelerating decline of massive proportion.

Never in my wildest dreams would I have though the market could show such exuberance while common people are suffering and finding it more difficult to make ends meet.  Municipalities are allowing infrastructure slide into disrepair, and running bare minimum crews.  Even police and fire are being reduced.  And while there has been a slight uptick in new businesses opening, the old established cornerstone businesses continue to close their doors.  I wonder if it's desperation and lack of good jobs that causes people to invest in their own business.

Posted by Robert Campbell at 12:33