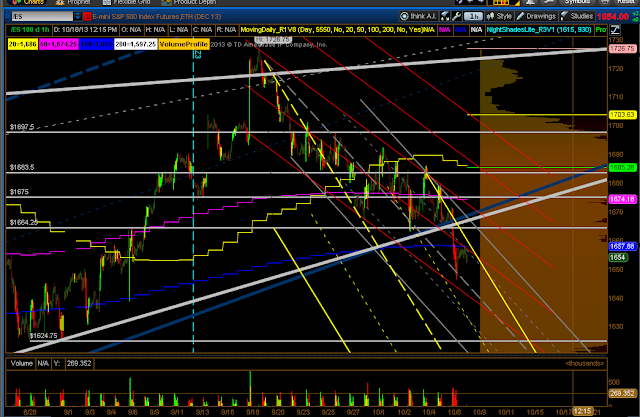 This break to the downside is very significant.  Previously I wrote about the strong support near the bottom of the blue fork.  This and the white trend line from July 24 have been broken.  Looking at the chart above you may notice that this occurred at the significant support level near 1664. 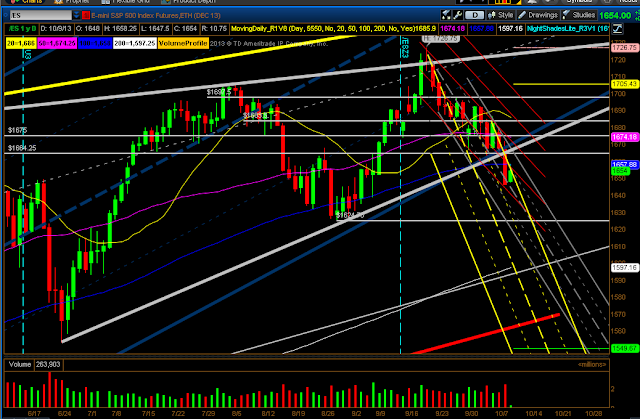 Anything is possible but the probability of a bullish recovery do not look promising.  The next level of support appears near 1624.25 (the last low on August 28)  below that an area just below 1600 offers support.

1600 will be extremely important as it is near the bottom of the white fork originating  from the low of 2009.  There will be plenty to write about if that support is broken.  Let's just take it one support at a time.

On the top chart I have drawn a red fork and a yellow fork.  These are alternatives to the initial confirmed gray fork.   If the market continues to break down the gray fork widen probably widen into either the red or yellow fork.   If this is an Elliott Wave 3d wave down then the accelerated yellow fork will prevail. 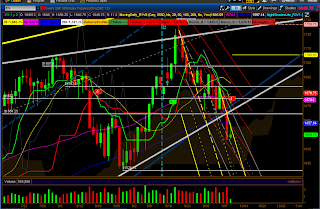 Support from the top of the Kumo gave way leaving us afloat inside the cloud with a bearish tenkan-sen kijun-sen cross as well..

The candle sticks have been bearish since mid September and failed again to issue a buy after last Friday's Bullish Harami which failed to confirm when price broke below the low of that day.

Posted by Robert Campbell at 06:50