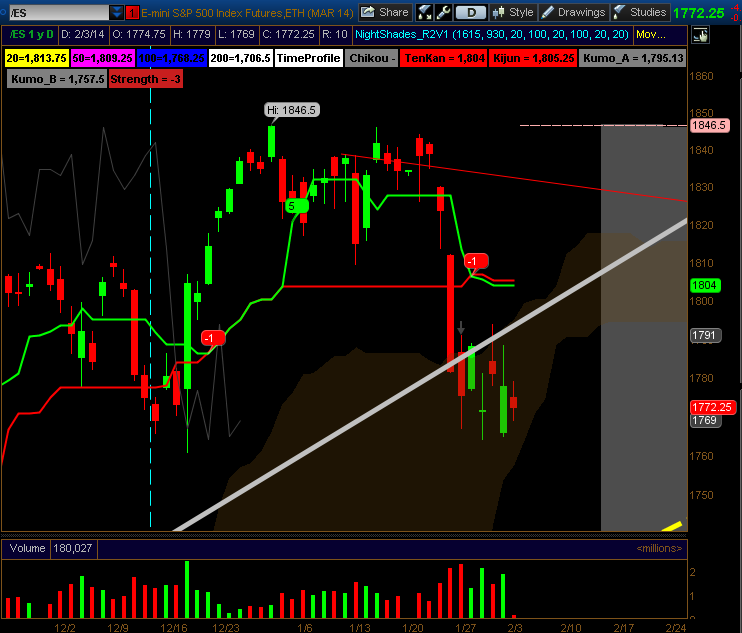 This chart shows regular trading hours and the Ichimoku Kinko Hyo.  As I mentioned in the comments last week I expected a sideways move after the plunge.

In Elliott Wave terms I'd guess this is a 4th wave so a 5th wave down might be expected.to take the market down to about 1750.

We are in the Kumo.  The bottom of the Kumo coexists with the bottom tine of the yellow fork.  This area around 1750 should offer support, but the important information to get from this chart is the  area of limbo shown by the Kumo.

There is heavy resistance at the area near 1801-1805.  I know this because the Tenkan-Sen and the Kijun-Sen reside at this level as well as the top of the Kumo. The Volume Profile also clearly indicate this area of resistance.

Very strong support remains near 1727.   If the current support near 1765-1760 is broke I would not expect the market to fall through the 1727 support.  1727 will require time to work through if the market has in fact entered into a Bearish trend.

I expect the 1727 area to support any bearish move, but 1812 should block any bullish move. 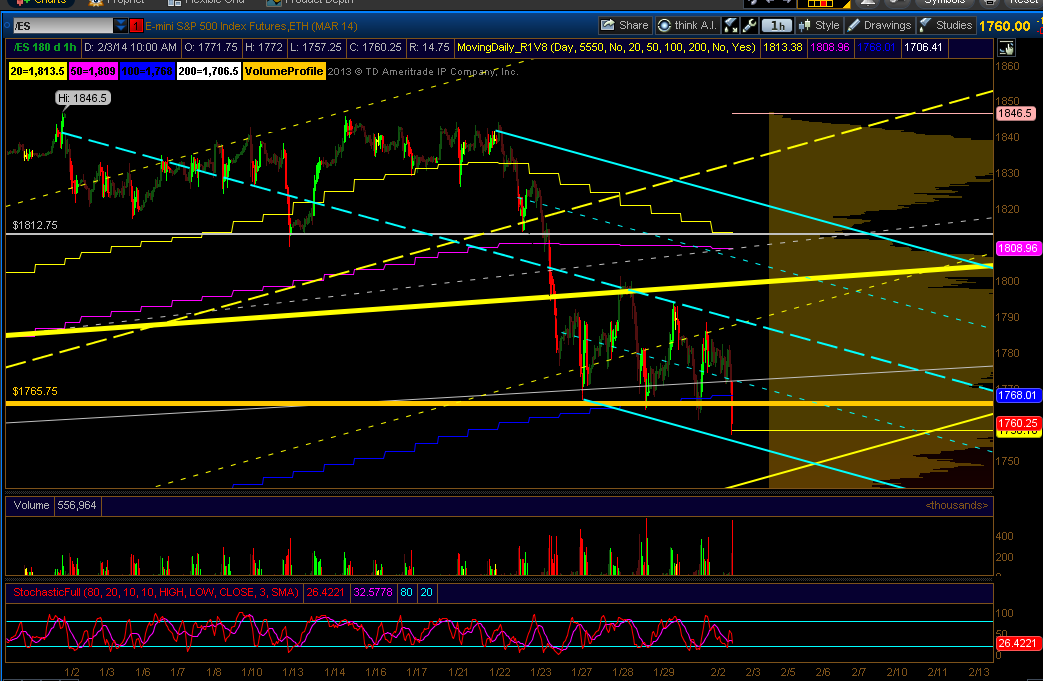 An update to the cyan fork shown above,  The angle has become steeper and the fork appears best when drawn wider.   I have a lot of confidence that the market will bounce near 1727.  The yellow fork will have to be made slightly wider, but that is not uncommon. 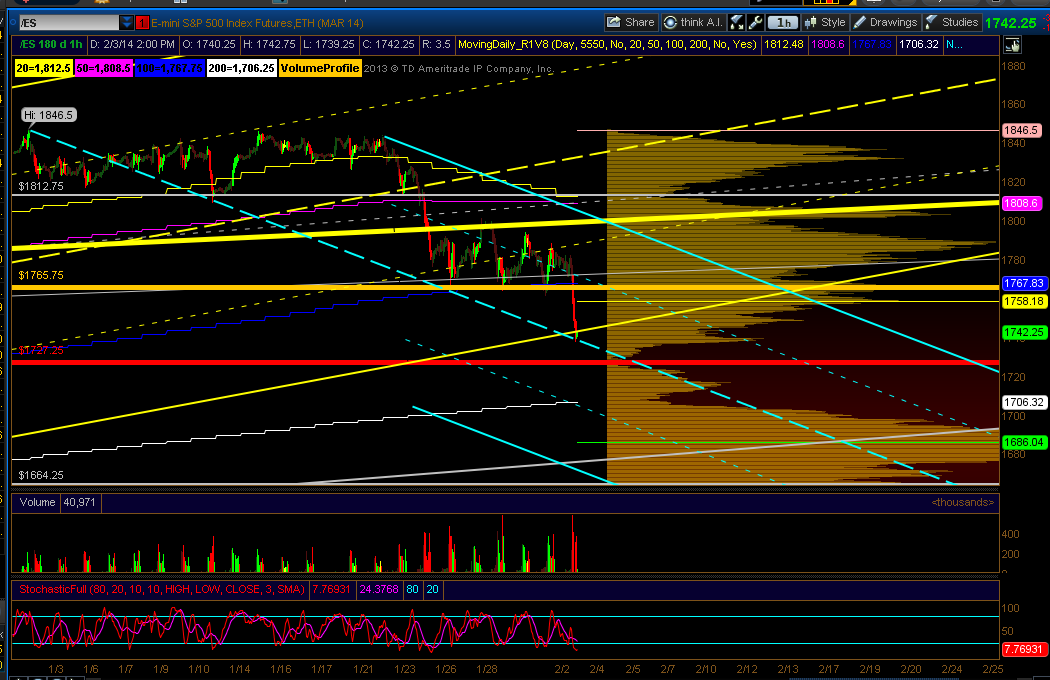 While I may appear to be bullish I suspect this is the beginning of the strong deep decline we have been expecting for a very long time.  Any bounce off the 1727 area will be an opportunity to short.

It's no accident that these levels trade back and forth between resistance and support.  Now we are looking at 1727 for support - just 10 handles from that critical resistance.