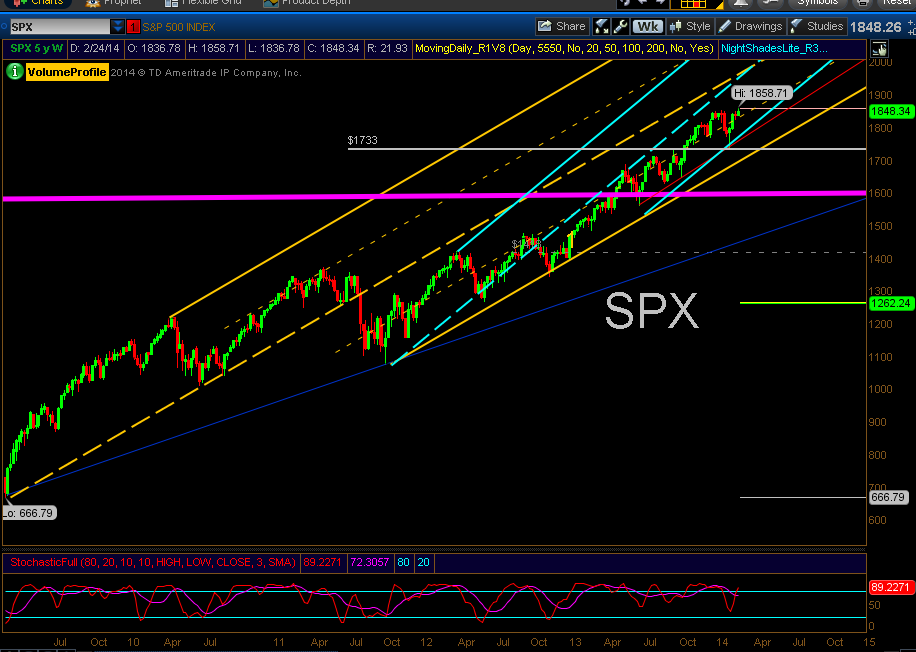 Both forks appear complete.  A reversal could happen at any moment, but until the market clearly breaks out of the forks the trend is up.

Permabear I appreciate your question about where we will be in March, but I have historically been very bad at dates.  I use the forks to show resistance and support.  But if we assume the market is about to break below the 1733 level and reverse then I would say we should look at the Blue Trend Line for support. 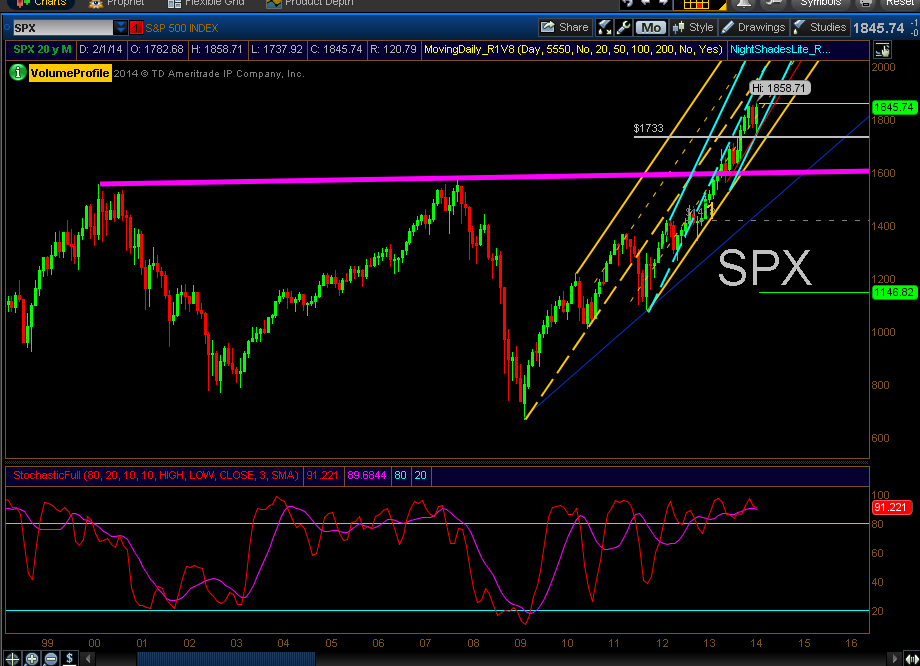 I've been a permabear for a long time, but I've learned that the economy that I live in has nothing to do with the equities markets.  That bold Magenta Trend Line looked like a strong resistance level at one time, and it may become a support level, But the point is anticipating a reversal at that level was wrong even though it looked like a given slam dunk.  Until the forks are violated and validated by breaking Volume Support it is best to keep your powder dry.

Stochastics are suggesting an over bought condition, so it does seem reasonable to expect a reversal. 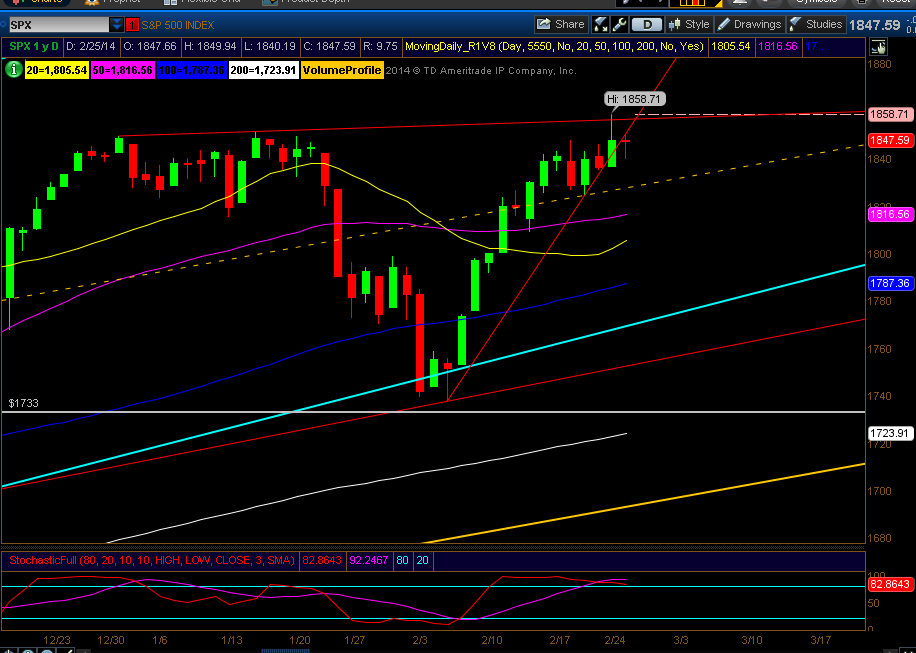 Posted by Robert Campbell at 06:54