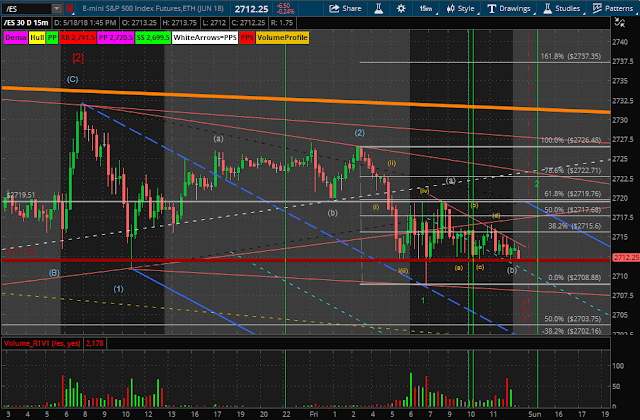 For your entertainment I'll present four counts.
I corrected the Elliott Wave nomenclature.
Here is what I'm using and I will try to keep consistent.

The two best scenarios are the triangle shown below or the bearish count shown above.  In either case the counts are both expecting the market to move down.  One wants three down the other five waves down after finishing a small wave [ii] correction. 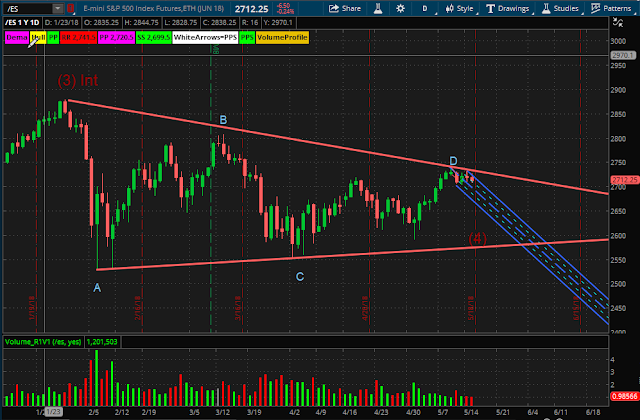 The Bullish count above is expecting three waves down before making new highs. 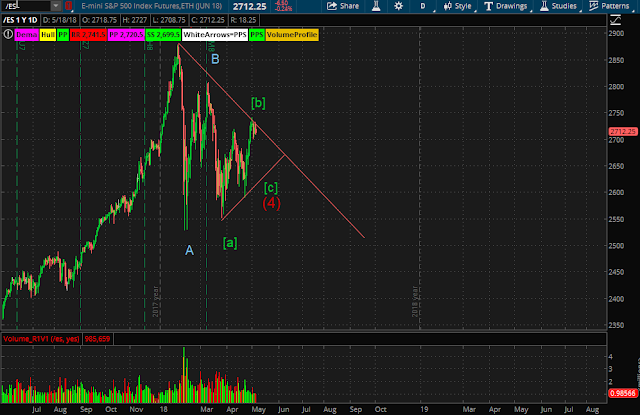 And just to cover all the bases here's yet one more bullish count!  This count is expecting five waves down for wave c to finish Wave [iv]. 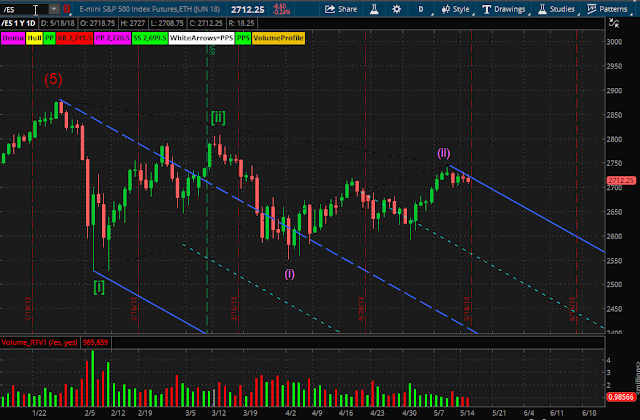 The bearish count above is expecting five waves down.

What I like about Elliott Wave is there is a plan and a reason for taking a position.  If the market disagrees then you count again.  What if the market breaks out of the triangle area?  Below is my alternate count which could go as high as the all time high.
Now you might be thinking why not count Wave (ii) as the beginning of a bullish impulse wave.  The reason I can't do that is Orange Wave a does not look like an impulse wave with five waves. 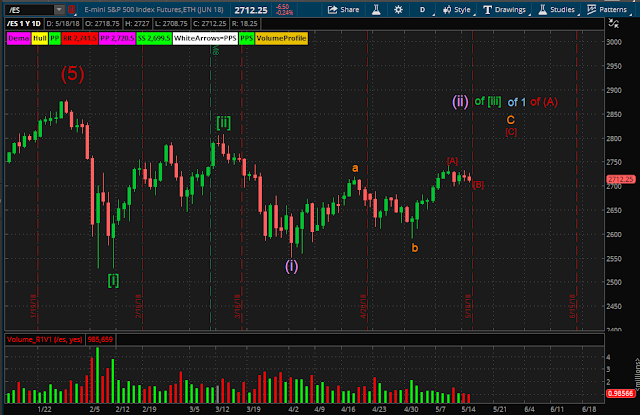 Doug let me know what you think.

Posted by Robert Campbell at 13:29