When the Bollinger Band contract inside the Keltner Channel the pressure is becoming EXPLOSIVE!

This is as far back as TOS will allow me to go, but it's obvious what's going to happen. Now ask yourself - which way do you think it's going to EXPLODE! 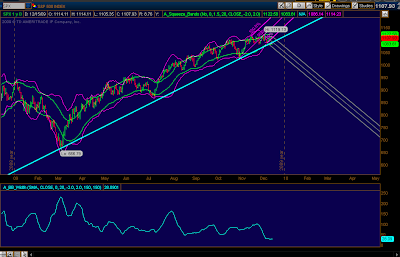 Five forks of the ESH0. It's till up in the air.
There are two gray forks that have less power but I wanted to include everything.
The Green line is the Daily Tenkan-sen support. 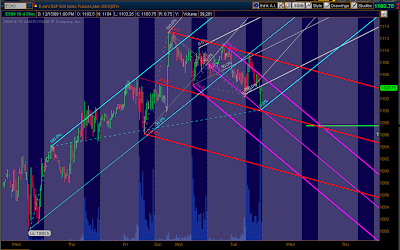 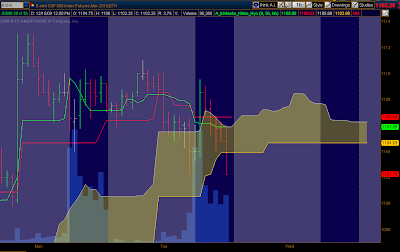 Next resistance is the Tenkan-sen. This is the Daily /ESH0 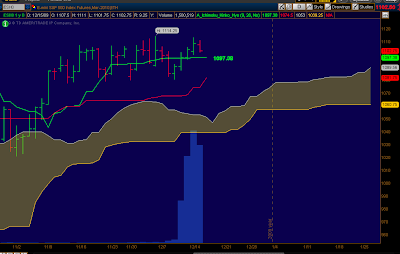 Depending om which Fork is in control we are may or maynot have resistance here. The other indicators I use are oversold. 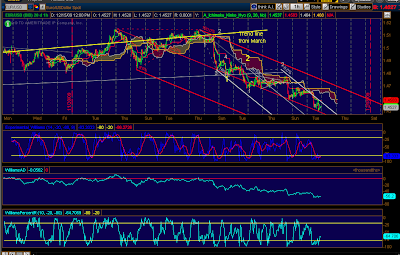 11:30 PST
The Bears managed to wiggle through the weak spot of the M30 now with Squeeze expecting volitility and the Kumo ascending the Bears will have to take it down soon. This flat Kumo turns weak again. 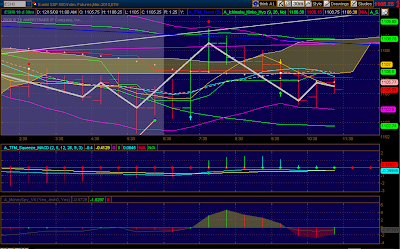 Here is the M60. Trapped in the kumo with resistance above from the M30 and below form the Flat bottom. It appears that the Bears may have missed the opprotunity. 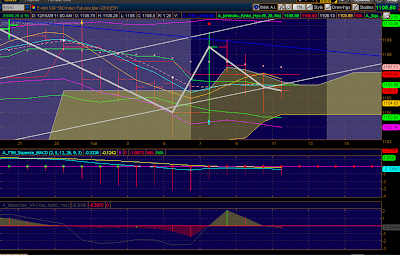 We have come to another fork in the road. The Kumo is offering support but today is weak. Slipping below the Kumo would create a strong resistance overhead for the Bulls. If the Bears fail to take advantage today the 1004 level will be support and the gray pitchfork will continue to prevail.

From an EW point of view it might it's possible that we have five waves up. If we are in a fourth wave 1120 would be the next Fibonacci target.

MoneySpy continues to waffle. This seems to be a wait and see market with a lot at stake for both the Bulls and the Bears. I'm looking at the pitchforks and the 1100 area as the guide. 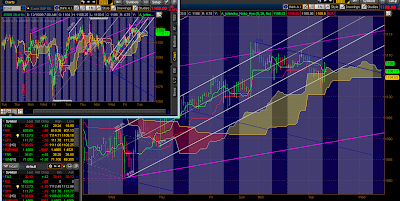 Posted by Robert Campbell at 07:45