Market Recap:
Friday closed with a Black Opening Marubozu, forming a Bearish Shooting Star Pattern, and an engulfing candle which is also bearish.

But the last hourly candle formed a Long Legged Doji, and Price is at the neckline from the 1029.38 low of November 2, 2009, so I expect a small rally on Monday before further selling begins again.

Using the same method and yesterday's high as the shoulder, a target of 944 can be calculated. As I recall 943 was a prominent Fibonacci during the early part of the rally since March of 2009. 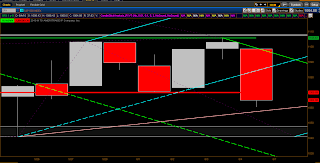 The Daily Ichimoku is fully Bearish. The Hourly is also Bearish with a Bearish cross which remains inside the Kumo. The Chikou-span offers resistance at 1070, and beginning around noon the Kumo will become strong at about 1072. 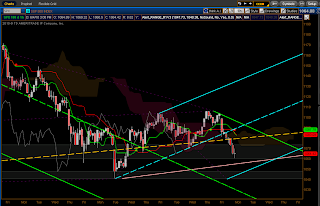 Opened my mouth too quickly. Looks like yesterdays prediction that we would fall through the transition was correct. I've adjusted the yellow fork to reflect the latest move below the M60 Kumo 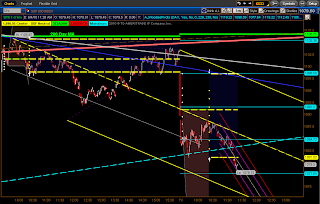 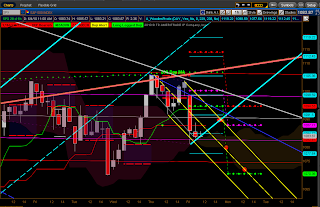 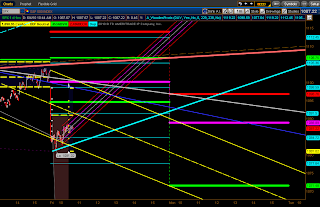 The Cyan Fork has replaced the Magenta Fork.
The Red Fork (the experimental fork) has been changed to Blue

You may recall I expected Price to fall through the Kumo Transition. This may happen but the forks appear to be offering major support at that same point so it seems unlikely. 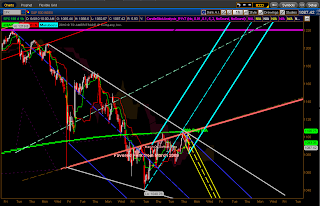 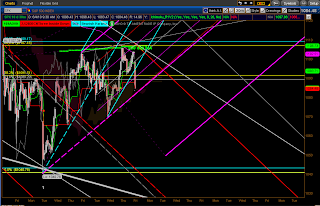 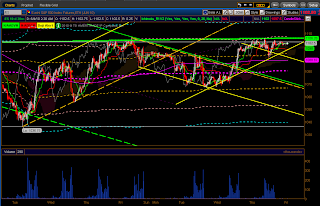 Posted by Robert Campbell at 23:38