Market recap:
What an interesting day. The White Spinning Top technically formed a Bullish Engulfing pattern. Of course this requires confirmation from a second White Candle. But even though it's an Engulfing pattern it also shows indecision, and might be interpreted as a weakening of this recent advance.

Earlier I told you about an impending move that looked like it was going down down down. Well it did and then I told you about the next level of support and boy did it support! The market is in a serious state of indecision which is obvious from the number of Spinning Tops and Dojis we have seen lately.

The Daily Kumo has held the advances well with it's strong flat bottom. But there is the Weekly Kumo raising up from below and Price is caught in the middle. I feel like I should be able to draw upon my tools and say with conviction which way the market will break, but I think it's best if I simply say I don't know.

Smoothy, MoneySpy and the Oracle of Delphi are Bullish on both the Daily and the Hourly, but PPS is Bearish on the Hourly.

E/S is still in the channel 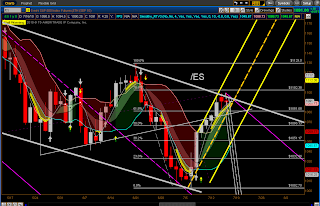 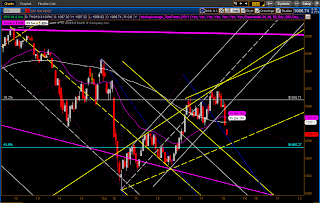 Here we go! Down down down. OK, maybe I'm a little ahead of the plot. Break that fork and it's down down down! 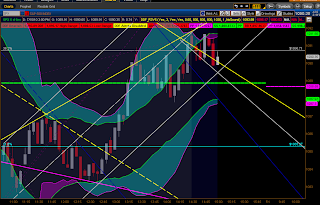 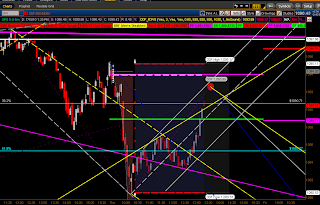 Bumping resistance from the Pivots, Fork and DDF. 1094 may be in the the cards, but Price should at the very least, hesitate here. 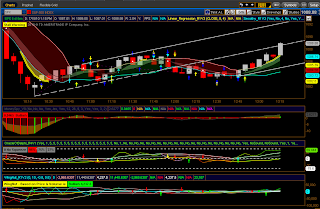 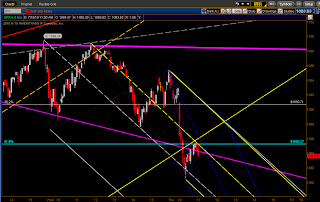 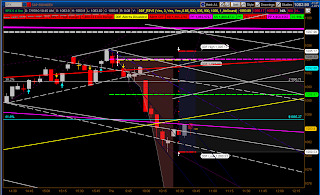 Posted by Robert Campbell at 07:49