Market Recap:
To the person who rated my post useless, please let me know how I can make this blog better.

Yesterday left the Bears hoping to confirm the three Bearish Reversals, today's Black Spinning Top did just that so the Candlesticks are short .

The Andrews pitchforks are right on target, and line up well with Fibonacci Ratios.
Keep an eye on the big Orange tine. That's the mother to break. When it fails, the other Bears and I will have a wide on! We might take a short pause at 1040 but 950 is coming. 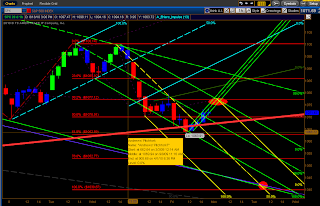 The Ichimoku is telling the same story.
Look at the way Price has conformed to the Daily Kumo. 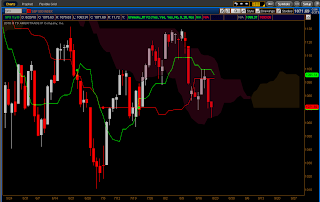 Not fully bearish until everybody leaves the Kumo, but it's got to be a concern for the Bulls. 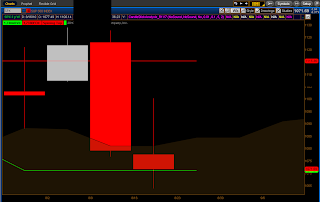 Yep! Hourly, Daily and Weekly Kagi Charts are all Bearish. 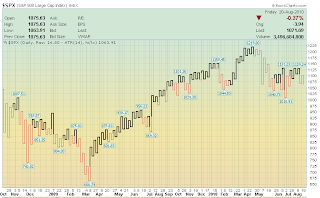 Below is the Daily SPX with Smoothy, Deviant Chaos, and Cruiser.
Each is telling the same Bearish story.
In fact Cruiser and Smoothy are both indicating an increase in momentum. 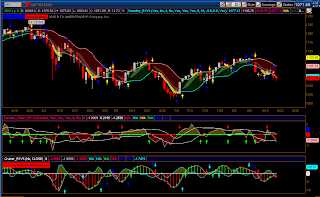 And finally for those who watch the DOW.
Support is breaking down.
Next support at 9900 then on to 8800. 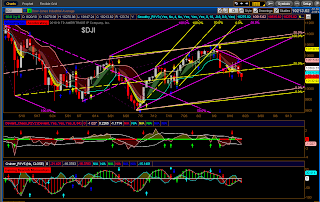 Posted by Robert Campbell at 07:05