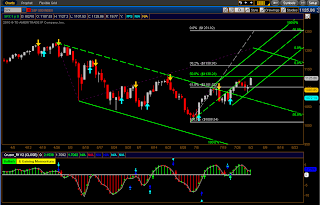 Fun day! We knew exactly what it was going to do. 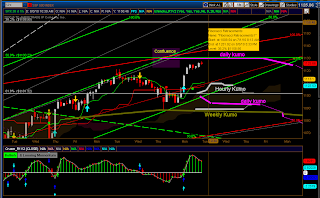 Today's White Opening Marubozu comes on the heals of Friday's High Top candle which created a Bullish Meeting Lines. As I said that pattern presented a good chance of a reversal, and I'd say today proved it right.

The White Opening Marubozu has a 54% chance of continuing the Bullish trend.
It often occurs near the end of a trend, but in this case the trend just got started so I'm not sure how that would apply.

I just wrote this little gem "Cruzer" today. I was playing around with a pretty simple algorithm while trying to write something else, and saw something interesting in it, so I spent the best part of today developing the study. It presents the trend, and momentum quite clearly . Anyhow you are going to be seeing it for awhile.
Here's my whole team of indicators.
Maybe TOS will give me a chat room? 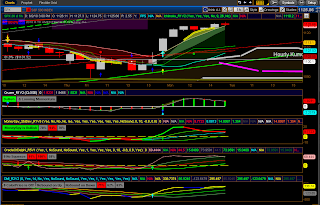 As you can see, there is still a lot of green on those indicators, but there are indications of a peak having been made or coming very soon. Those red labels are indicating overbought.

A good one for Overbought/Oversold is the $NYAD
It's getting up around the stratosphere again.
And that splash of yellow on Smoothy has been indicating a "Stall" 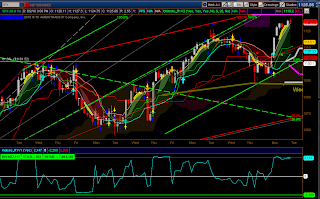 So the Bulls may take it out with a big spike, but I'm thinking 1132 will hold as the peak tomorrow. Let's see if the Bears can break the fork and the 1088 Kumo barrier.

Oh! I almost forgot. Have we reached symmetry? 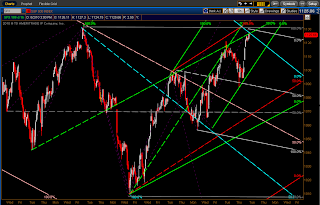 I'd say we have reached symmetry nine way from Sunday!

Missed the target by 2.7 SPX points 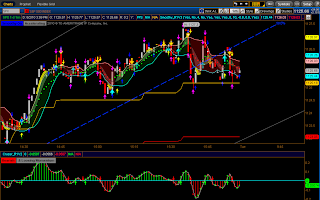 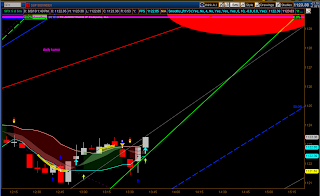 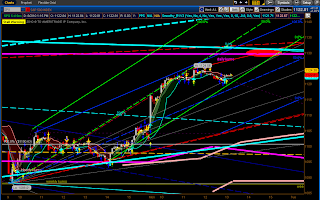 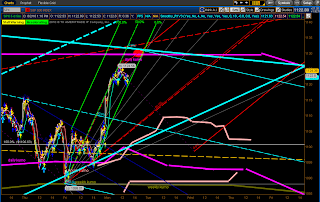 12:00 ET
Hourly Tenkan-sen & Kijun-sen have become flat. This indicates a loss of momentum and Price will be attracted toward them. The Bulls need a rest before the next onslaught. 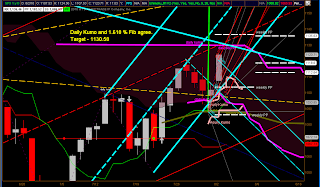 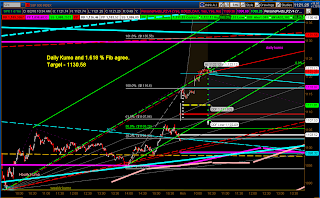 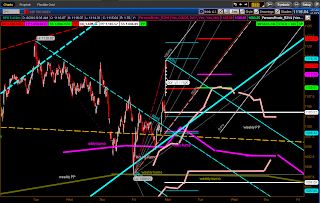 SPX Open ... Where did KumoBob say it would go?
Oh yeah, something about symmetry in the market 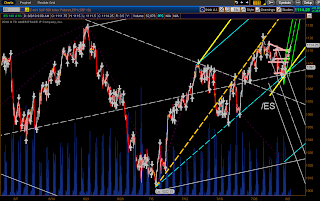 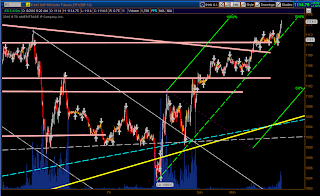 Posted by Robert Campbell at 23:41